On occasion, we have the odd tenant who has failed to replace dead batteries or has removed the smoke alarm due to “nuisance alarms”,  when the alarm triggers due to smoke from cooking or burning toast. We issue a notice requesting the alarm to be reinstalled immediately.

Bunnings and PlaceMakers said they would no longer re-stock them after existing alarms were sold. Ionisation alarms gave much less warning of smouldering fires, such as those caused by cigarette butts on furniture causing slow smouldering fires, or smouldering electric wiring, smouldering clothes left over a heater, or too close to open fires, hot embers igniting carpet and furniture. The slow detection of smouldering fires made it less likely for occupants to exit from their home safely.

” … ionisation alarms were fine and fast at responding to flaming fires, they were very slow at responding to the cooler, slower, smouldering type that generates a lot of smoke,” Dr Smith said.

“You can identify an ionisation alarm from a radioactive symbol somewhere on the alarm body – it may be underneath, so you might need to remove it to check.” 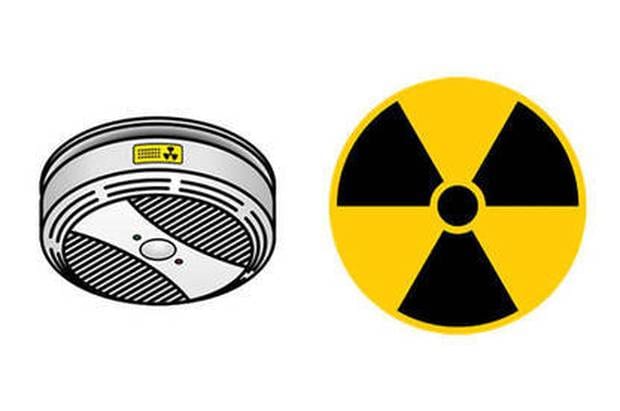 Advice on smoke alarms: Landlords have to ensure working smoke alarms are installed at the start of a tenancy. Existing ionisation alarms can stay where they are, but all new smoke alarms must be photoelectric models with a long-life battery Tenants must not remove smoke alarms, and are responsible for replacing dead batteries. Check out Tenancy Services’s Rental Properties Smoke Alarms Guide for smoke alarm requirements and updates or watch the video below from the Fire and Emergency New Zealand to learn how to install a smoke alarm.